Yugatech
Published August 5, 2014
A few days ago we received a handful of devices from a fairly new company called Playground, one of which is the Playground BS-200; a small Bluetooth Speaker that also functions as a handsfree accessory.

In terms of its size, the Playground BS-200 is a relatively small wireless speaker that’s about the size of a baseball that’s cut in half. But don’t let its compact size fool you because it’s significantly heavier than the majority of portable speakers that we’ve used thus far. 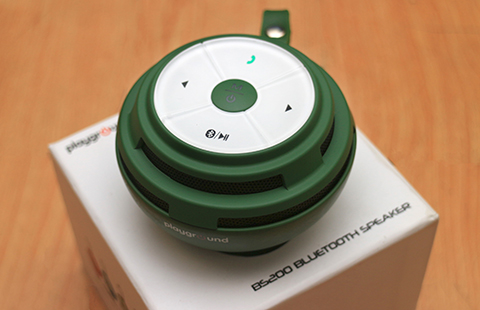 Despite of the fact that the speaker is almost entirely made out of plastic, it didn’t look or feel cheap. In fact, it’s one of the better looking Bluetooth speaker that we’ve seen in this price segment. The BS200’s outer shell has a smooth matte finish, while the buttons have a faux-glass appeal to it which gives the speaker a simple but well-put-together look.

The top portion of the speaker is mainly occupied by 5 buttons that controls the various functions of the speakers. This includes the Power/Mode button (middle) and four other buttons around it which controls the Volume and Rewind/Fast Forward (Left and Right buttons), Call Receive and Play/Pause button. 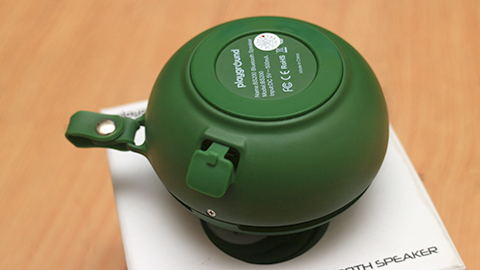 The speaker grilles are located along the sides of the BS-200, along with the Micro-SD card slot and Reset hole. Meanwhile, Micro-USB port is situated on the bottom right portion and is hidden under a rubber flap.

There’s a circular rubber foot on the BS-200’s underbelly that creates traction on the surface that it’s put on to. We find this very handy especially when we’re playing bass-heavy music because it helps to keep the speaker from bouncing out-of-control.

We’re not totally blown away by the sound quality that we got out of the Playground BS-200. I mean, it’s not as horrible-sounding as other cheap wireless speakers, but it’s far from perfect. 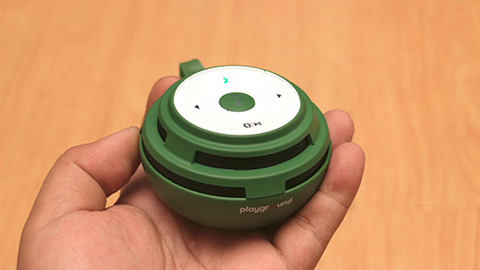 Truth be told, the bass was actually quite outstanding. It had so much bass, in fact, that the rubber foot sometimes fail to keep the speaker in place especially when bass-y songs are on.

Sadly, because there’s so much to go around with, the speaker tend to be too bass-heavy and it muddies up the other sounds. As a result, the Highs sounded rather weak and the mids were slightly pushed to the back seat.

During our time with the BS-200, we also used it as a handsfree accessory whenever we have to take a voice call. Surprisingly, the microphone in this thing was actually quite good and our voice was clear and audible according to the people we’ve talked to on the phone. 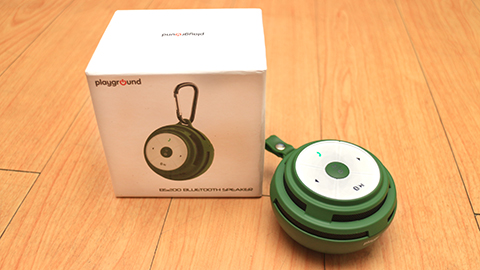 As for the battery life, the Playground BS-200 gave us around 4-5 hours of continuous music playback on a single full charge when used it as a wireless speaker. We have not yet tested its mileage when used as a wired speaker, but we’re pretty sure that it’ll last longer.

The Playground BS-200 Bluetooth Speaker is easily one of the best looking wireless speakers in the sub-Php1,500 segment. It’s got a respectable build to match its straightforward design, and the handsfree feature adds more value to this speaker.

Sound-wise though, the BS-200 didn’t have anything new to offer that we haven’t seen on affordable wireless speakers we’ve used. It’s bass-heavy and it comes at the expense of attenuating the other sound spectrum, particularly the highs.

What we liked about it:

The Playground BS-200 Bluetooth Speaker is available locally for Php1,390.